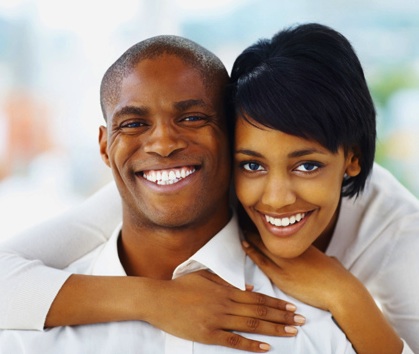 I was privileged once to be around a mother and her daughter who had just been married for only nine months. The marriage was having many troubles that the husband, Frank threatened to break up. Mama was eventually invited to use her wealth of experience to solve the disagreement. And what was the fuss about? Frank talks with food in his mouth and he doesn’t see anything wrong with this especially because he had always eat-talk since he was a boy. For Kate it was not just a bad table manner, it irritated her that she avoided eating on the same table with him! She confronted him during breakfast one morning and Frank let loose the anger he had been bottling up since she started telling him not to eat and talk with food in his mouth. His point was, first it was his food, his mouth, in his house, his wife and that was the habit in the three years they dated before marriage and she never complained. So why now?

Mama’s advice was, “Kate never try to change your husband you may change the marriage into what you never anticipated. Instead try to understand him and appreciate him just the way he is. The love that blinded your eyes while you were dating that you never realized that he eat-talk may that love keep you blind to that aspect of him now that he’s your husband”

Woman, do you ever find yourself in the position of wanting to change your husband or you just wish he wasn’t the one you married in the first place? You tell yourself, “If this man would change, then things would sure be a lot better,” “If he would just do what I say we wouldn’t be having this much misunderstanding.”

It doesn’t help your relationship—not in the least—to focus on all the “stuff” you think your husband needs to change. Have you considered changing to suit those aspects of you he complains about? The truth is people tend to see faults in others except themselves. It is enormously useful to address what you are doing or saying, the way you convey your message of change to him, look at your own reactions, and ponder your own fears and emotions. Your approach may just be your weak point. It does help when you do your own personal work. Your husband is not just any man, he is not your subordinate in the office even if you earn more than him or are more educated and traveled than him. Don’t’ expect him to change because you say so.

A man said, “When my wife and I get into something, I have the ability to go off by myself and start thinking, I have always been like this why wouldn’t she let me be? She does even worse and she wants me to bend for her. That’s very productive for her. It’s a waste of time for me, and makes me less of the man. I give that orders, she gives the suggestions.” He is reacting from what the wife said and the way she said it. In some cases a wife can get her husband to change to some extent if the right approach is employed to convey the message.

Woman, you are responsible for the reaction you get when you want your husband to change from a bad habit. Although success in marriage lies with the couple but it is believed that over half of that percentage lies with the woman. Remember this: when your buttons get pushed, they’re yours, and you are responsible for them. How much more productive it is when they can honestly say, “Wait a moment! These are my buttons. It’s my job to understand where that came from, what that’s about, and to control my reaction when my buttons get pushed.” Same way, it is your marriage; it is your responsibility to handle it with care.

Conflict is resolved much quicker when you focus on changing yourself rather than your husband.

Next time you are tempted to get into an argument with your husband over changing something about him, consider the following: