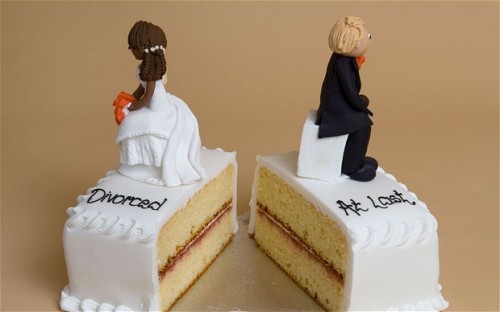 As a young Christian, I believed that divorcees were hell-bound whatever the reason(s) for being divorced. Don’t condenm me yet. I always heard that “God hates divorce” but never bothered to see what else the Bible says about it. I had a judgmental attitude towards anyone who was divorced or even separated. The more I studied the Scripture the more my understanding got better and broader on what God really desires for us in marriage. Really, He hates divorce because He wants us to be happy with the one and only person we choose to spend the rest of our lives with. So in the entire Bible you discovered that no one is permitted to be in a state of divorced (separated) except for two reasons

This was Jesus speaking here.

Sadly, this is no longer the case as many married people have other reasons apart from what is in the Bible to be divorced from their spouse so they could marry someone else. Sometime ago I learnt of a popular preacher whose wife went for further study abroad for about a year leaving their three young children for him to look after. After graduation she took up another course that would run for eighteen months. She didn’t check to agree with her husband before taking up the second program but he didn’t object. The more she stayed and studied the more she felt her family should have been living in America in the first place – they had so many opportunities for students that she felt she was finally going to live her dream of being a writer. Good enough a publisher had accepted to publish her first book in America!

Three years later she settled into living in America. She suggested relocating the entire family. Her husband did not buy into the idea, the church was a growing one and needed him to be there.  When her book made the publisher’s bestseller list she got convinced that she should truly stay in America. Taking the children with her, she relocated against the desire of her husband. In less than a year church members had noticed that there was a problem with the marriage, not only were there rumours of the pastor keeping questionable female friends, there were rumours that his wife was involved with someone abroad.

These days attitude towards separation or divorce may be seen as a normal life course even for Christians who are supposed to be examples of what Godly marriage should be. Separation, divorce and remarriage have become an expectation once a spouse decides to pursue an education or career or even other selfish desires.

Divorce is seen as the best and easy way out when the marriage is not working. It now seem like the vow made – to “love till death do us part” is not as strong as it once was, not strong enough as individual desires at the expense of the success of the marriage comes first.

When a spouse chooses a life course above his/her marriage, it leaves the door open for the devil to begin to suggest other ways to fulfil marital desires especially for sexual satisfaction.

I am not a big fan of couples living apart for whatever reasons especially such as just to pursue a career or education or other selfish pursuits. There have been cases where a spouse is living abroad because he/she got a job or the need to further education while the other is in another part of the planet ‘suffering emotionally’. I am not saying this is wrong after all, the Bible says we all have certain measure of grace. If you do not have the grace to live apart from your spouse for such a long time then don’t even settle for it.  Remember also that nearness is dearest.

I wish you all the bliss you desire and joy in your marriage!