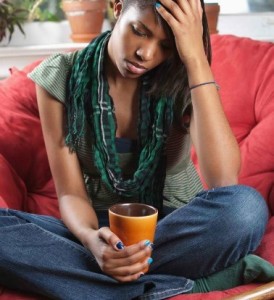 “I started this relationship last year January, and he proposed to me this year February during Valentine. I accepted to marry but I am not happy with the relationship because right from the start, he’s always comparing me to his ex-girlfriend. At first I thought after a while he would stop but after proposing to me and talking about marriage he never stopped talking about how nice she was and how

he wished the relationship didn’t end. He makes me feel jealous and not appreciated.”

From the onset? Once there is a small sign that may pose a big challenge to your relationship, never ignore or assume it will get better with time. Time may be a healer of hurts but you can save yourself from getting hurt. Deal with it before moving on to the next stage of your relationship. Your assumption could mean an indication that you have accepted whatever the other partner dishes to you whether you find it convenient or not, healthy for the relationship or not.

Most people have been in one or several relationships at some point in their lives before they finally decide who they will marry and spend the rest of their lives with. Making this marital decision is should be carefully taken. Starting a committed relationship with someone whose heart is still with their former partner while their body is with you, can be very depressing and frustrating. You will never be able to get the best out of a partner who is still holding on to their past. This behavior punishes the other partner who is in need of real love and cannot get it because the partner still desires who they were with. Here is the truth about this kind of relationship

WHY ARE YOU STILL PUTTING UP WITH HIM?

What you can do